Terrarium In A Light Bulb 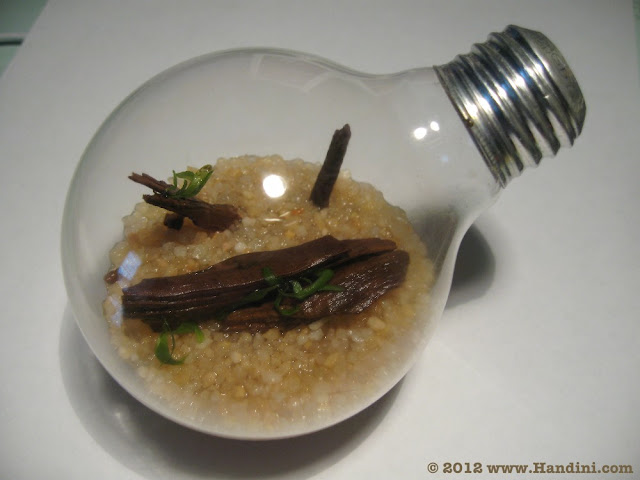 Yesterday was a slow and groggy, lazy day and while searching the web I found a page which showed how to make a terrarium in a light bulb. Since there were a couple of bulbs that were out on the strip light over the mirror in the bathroom I decided to replace one of them.
While they used Tillandsia and sheet moss, I decided to go with what I already had. Years ago when I had tropical fish, I bought sand for the gravel since I thought it looked better then the expensive fluorite gravel that I had in there. I sifted the sand so that the larger granules are removed so that I can have a finer matrix for which the plants can remain in the ground of the tank more readily. The larger granules were saved in a separate jar in the garage. At one point I had a beautiful Hygrophila polysperma forest with some pagoda stone. The following video shows how to make a CO2 unit for one's aquarium and about 15 seconds into the video one can see how beautiful my aquarium looked at the time.

After dismantling my tank I saved some of the java moss along with my java fern. While java fern leaves generally get 2" - 3" tall, and I've had store-bought java ferns in my tank also, I had a couple tiny java ferns in a wad of java moss one time and that batch has always remained small with thin, 3/4" tall leaves only. Searching for "dwarf" or "micro" java ferns online proved futile so I may have a rare or undiscovered variety. While there is the possibility that the growing conditions in my tank did not promote them to get to their normal size, the fact that I had normal ferns growing in there also suggests otherwise.
The java ferns and moss has been in a jar where some light coming from the window gets to them so they've managed to stay alive, although they could use fertilizer. What's left of the java fern are tiny fern-lets which are waiting for fertilizer and CO2 to grow. I have a piece of old aquarium driftwood my friend gave me one time which I hadn't used since the wood was too old and brittle. Nevertheless, it has been sitting in the garage for a few years waiting for it to find purpose. I easily broke off some fragments to put in my light bulb terrarium so that the java moss can grow on it.
Java moss in it's natural habitat lives on rotting wood in areas which sometimes get submerged and hence it's an amphibious plant. After sifting through the larger granules of sand which I had previously put aside, I got a finer matrix for the ground in the terrarium. I put it in the light bulb, which I had already glued a plastic ring to the bottom for a base. I then attached some java fern to the driftwood where I wedged them in cracks in the wood using a paper clip to widen the crack so that it gets pinched in there. I had to take care not to split the brittle wood though.
In the jar with the excess java fern and moss, I added 20 drops of Miracle Grow for fertilizer and then took a straw to transfer water from that jar into my terrarium. I let the water leave the straw and flow over the drift wood so that it gets moistened. I got carried away and put a little more water in there than I had hoped for, but nevertheless, I may have to get a rubber stopper to plug the opening since the java fern was raised in a submerged environment so I would want it to be humid in there. I hope that the water level will also drop slightly as the wood soaks up more water.
The end result is a beautiful, but barren, terrarium in a light bulb. I can supply my ferns CO2 by blowing into the terrarium from time to time and as they grow it should appear lush in there. Perhaps then I should fill it completely with water and have a guppy swimming in there.
Here is the result of my terrarium project: 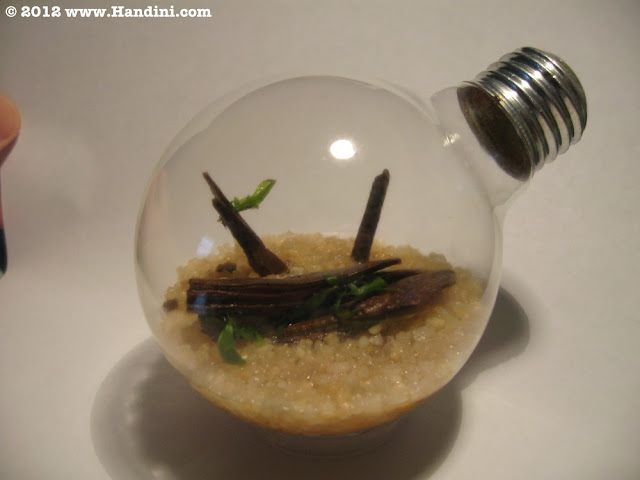 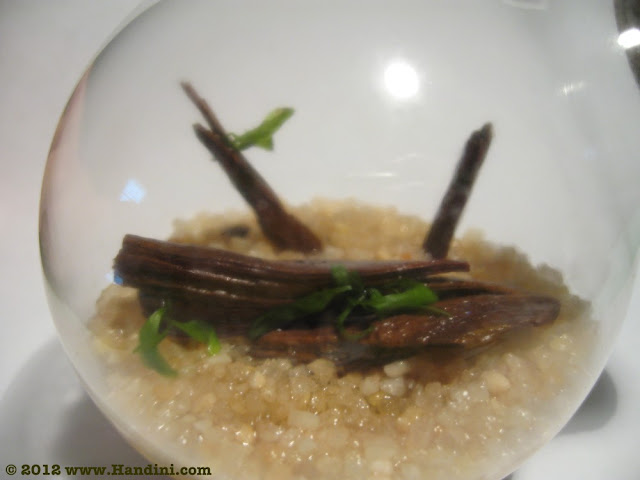 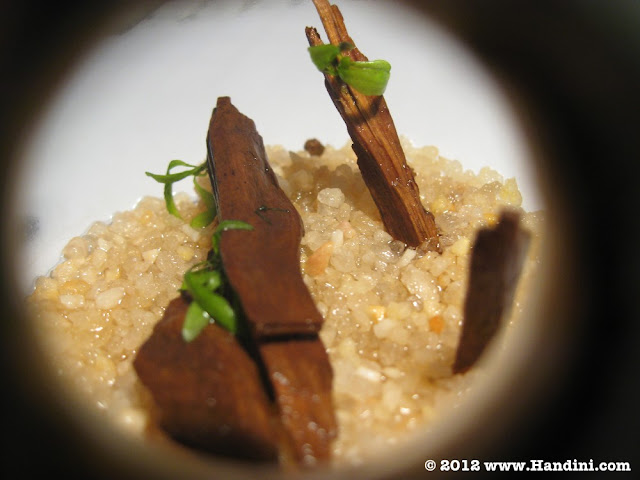 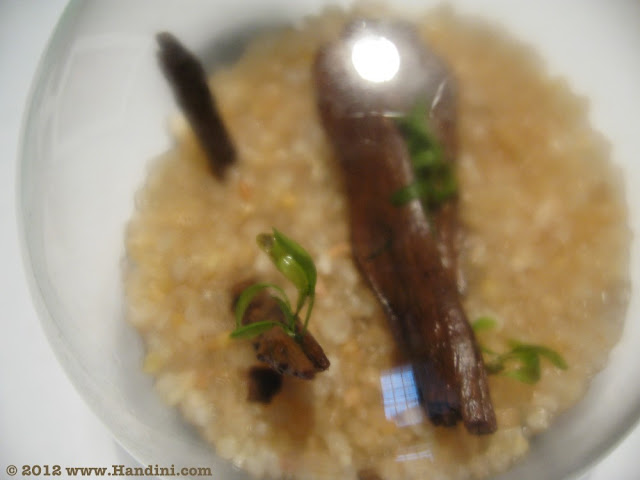 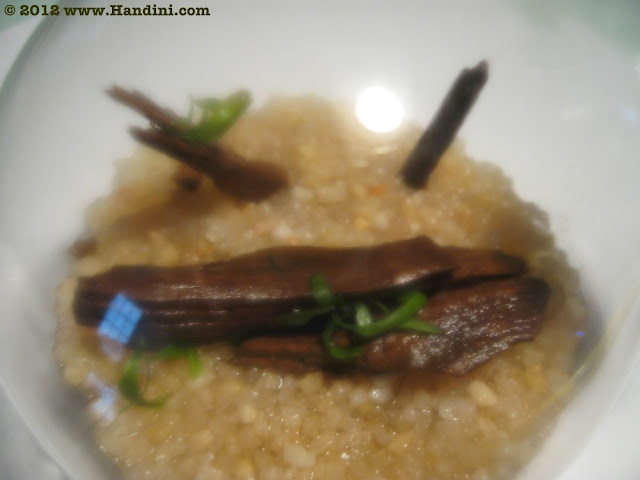 This Little Light Of Mine

Handini
I'm a hand musician who enjoys entertaining people. My music has been featured on TV several times and my website is http://www.Handini.com